The start of the Duo "Fedorova-Klöckner" was in lonely train station in Switzerland at night. Just when the cellist Benedict Klöckner had just made it last second in the last connection train , he saw a girl with flying hair running like crazy with two big suit cases who desperately shouted " train to Verbier? Help!!". After falling on her knees in train door, she introduced herself as Anna Fedorova . And after playing at the Verbier Festival , they decided to form a Duo. Since then, they performed highly successful from Amsterdam (Concertgebouw), to Rio de Janeiro, received fantastic reviews for their two CDs from Hong Kong to Berlin and missed many connection trains together.

No concert schedulded for now 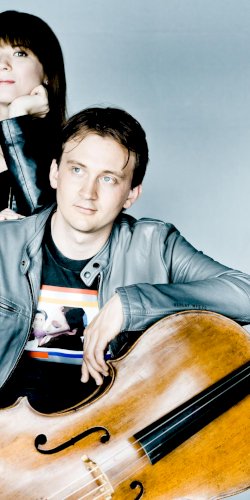